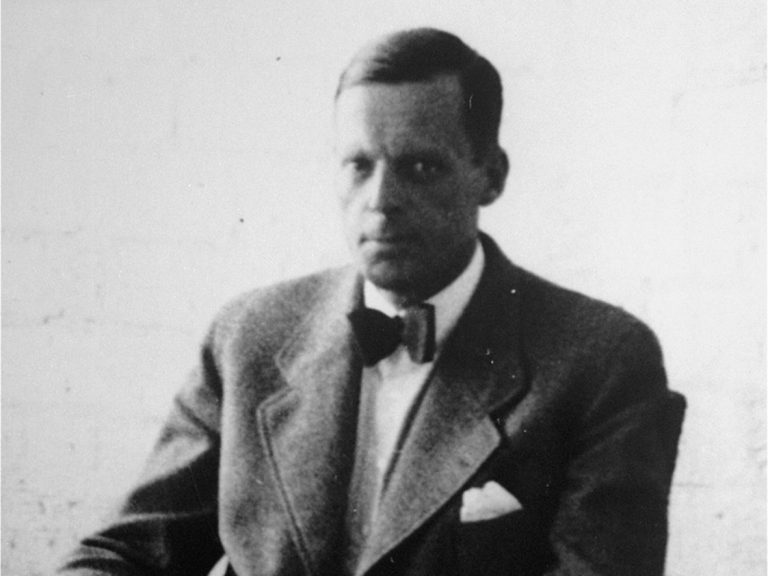 In 1939-1940, Jan Zwartendijk, Dutch Honorary Consul in Kaunas, working together with the Japanese diplomat Chiune Sugihara, saved about 10,000 Lithuanian and Polish Jews. Jan Zwartendijk issued visas for them to Curaçao, which belonged to the Kingdom of the Netherlands, and Chijun Sugihara was able to issue Japanese transit visas to the holders of these documents.

In early August 1940, Soviet authorities closed foreign diplomatic missions, and Jan Zwartendijk with his family – his wife and two children – had to leave Lithuania and returned to the Netherlands. In 1997, Jan Zwartendijk was recognised as Righteous Among the Nations.

On 15 June 2018, a monument to Jan Zwartendijk was unveiled in Kaunas. It was built in Laisvės Alėja, the city’s central pedestrian street, next to the building that housed the Dutch company Philips Electric during the interwar period, where Jan Zwartendijk worked. Created by the Dutch visual artist Giny Vos, the monument is a spiral-shaped circle of light that represents the “Curaçao visas” issued by Jan Zwartendijk. The monument was unveiled by Willem-Alexander, King of the Netherlands, and Dalia Grybauskaitė, President of the Republic of Lithuania.